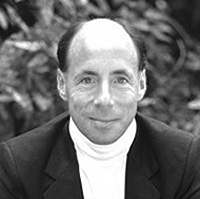 Wayne Ruga has devoted his career to creating and supporting the development of environments that inspire the human potential. His primary area of focus is in demonstrating the role that the environment plays in enhancing human health and well-being, particularly in the healthcare setting. As a world leading authority and spokesperson on this subject, Dr. Ruga has developed an international reputation as a champion of keeping an intentional human-centered culture at the heart of planning decisions, design concepts, building solutions, and operational strategies.

A world-renowned architect, scholar, and visionary, Dr. Ruga launched The CARITAS Project as the next phase of his quest to develop practical resources to systemically and sustainably improve health and healthcare delivery with the design of the environment.  He envisions a world that actively demonstrates the valuing of respect for human dignity.  His goal for The CARITAS Project, which is a 501(c)3 not-for-profit organization, is to provide the research, resources, and techniques that will bring this philosophy into mainstream practice. In pursuit of this aspiration, Dr. Ruga has designed structures, conducted and funded the development and dissemination of research, developed national and industry policy guidelines, produced symposia, and created networks of like-minded, inter-disciplinary professionals to work together toward the common goal of enhancing the health and well-being of all people.

Dr. Ruga founded the annual Symposium on Healthcare Design in 1985 and The Center for Health Design in 1993. As the founder, president and CEO, he was responsible for producing 12 Symposia, as well as publishing 10 journals of their proceedings, producing five significant research projects, and publishing 24 newsletters. He also started three design competitions and developed three built demonstration projects. During this time, he was also the leader of two international study tours, organized numerous visiting study tours, and developed graduate healthcare design programs in two universities.

In 1998, Dr. Ruga was awarded the highly competitive Loeb Fellowship in Advanced Environmental Studies within the Graduate School of Design at Harvard University. In 1999, he received the distinction of becoming a Visiting Artist at the American Academy in Rome.  In 2000, he studied Gestalt practice with Seymour Carter, at the Esalen Institute, as a Work Scholar in-residence.

Currently residing in England, Dr. Ruga has completed a four-year, government funded, postgraduate research investigation at the Manchester Metropolitan University. His research, which documents the ideals of The CARITAS Project in practice, provides the intellectual capital for the next generation of healthcare design. The title of this research was: "An ‘Action-Oriented' Research Investigation To Develop A Better Understanding Of How Space Can Be Used To Improve Health And Healthcare Delivery".  In June 2005, Dr. Ruga was awarded a Ph.D. for having completed this original research.

Dr. Ruga is a highly sought after public speaker and has given scores of lectures at major universities and professional meetings worldwide. A prolific author, he has had dozens of articles published, has had his work recognized in books written by his peers, and has been featured in more than 50 professional, trade, and consumer publications.  Dr. Ruga received his professional training as an artist, interior designer and architect. He holds a specialized Master of Architecture degree in healthcare facility planning and design from the Georgia Institute of Technology. He has been employed by internationally recognized firms in New York, London, Atlanta, and San Francisco, in addition to maintaining his own private architectural practice since 1981. In this capacity, he has designed and consulted on projects around the world.

Dr. Ruga is a recognized leader in innovative thinking and in the producing of systemic change. He holds four US patents, has served as a professor in university-based management and design schools, has provided strategic consultations to organizations and executives around the world, and has chaired numerous committees. Dr. Ruga is the former Chair of the Board for LIME-the longest established arts for health advocacy and provider organization in England, having just completed a three-year term, and is currently the Chair of the Board of The Space Works at Kings College in London.

Dr. Ruga is a registered architect in California and is a Fellow of the American Institute of Architects (FAIA). He is a Fellow in the International Interior Design Association (IIDA) and an Honorary Fellow in the American Society of Interior Designers (ASID). He has been the recipient of numerous awards, honors, and distinctions, including the ASID's most prestigious honor ­-The Design for Humanity Award; the Environmental Design Research Association's (EDRA) Service Award; and the IIDA's Presidential Citation. Additionally, Dr. Ruga has been inducted into the Tau Sigma Delta Honor Society in Architecture, and has been recognized in the 2000 issue of Outstanding Artists and Designers of the 20th Century.  In June 2002, Contemporary Long Term Care magazine featured Dr. Ruga in their ‘Annual Recognition Of People Who Make A Difference'.